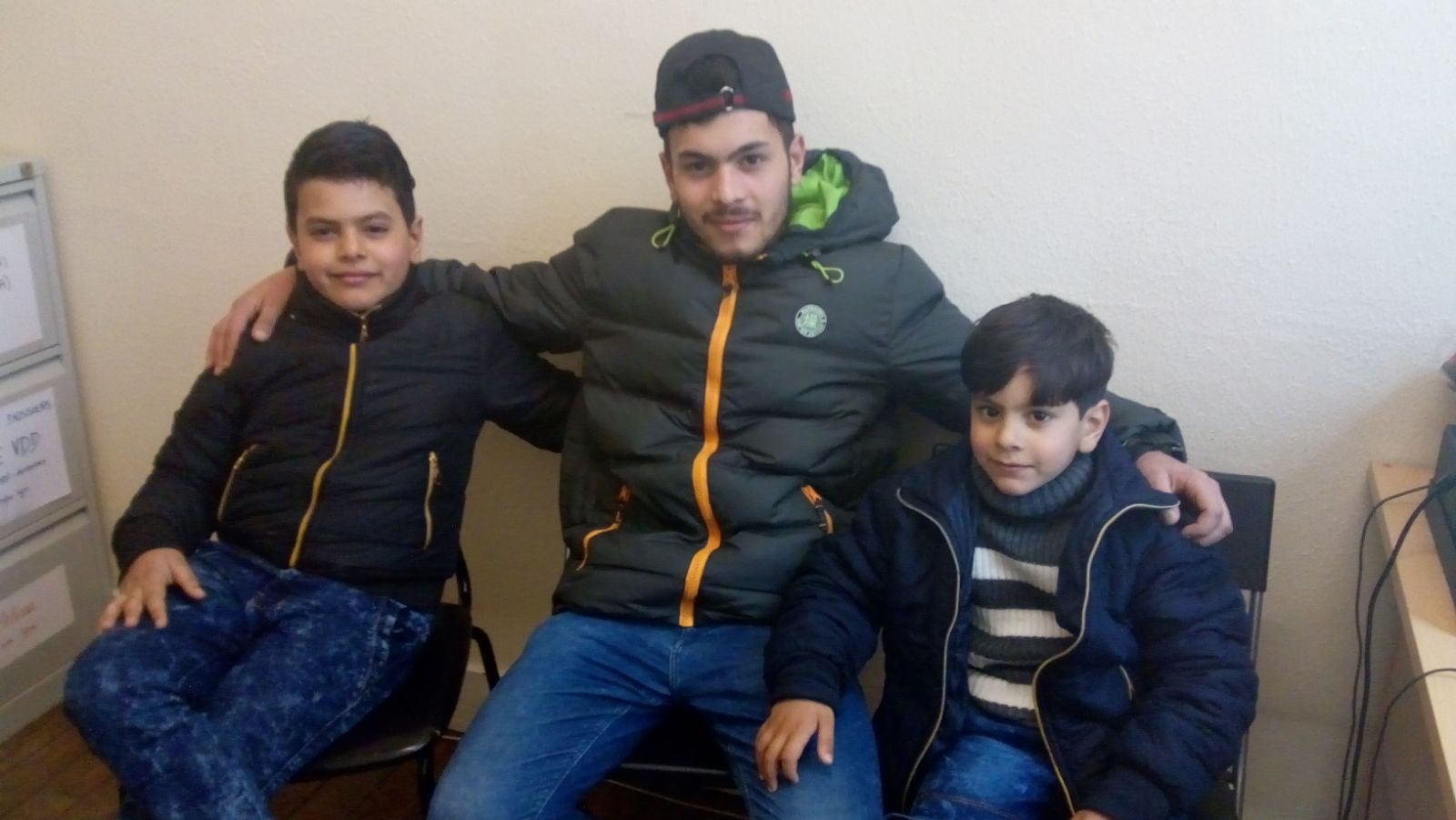 by: Marie, a caseworker at Caritas International Belgium

Hamza is a Syrian boy from Deir-ez-Zor, a city occupied by ISIS. He escaped, but had to leave his mother and younger sister and brothers behind. His father passed away. Hamza travelled alone, though Turkey, and took a boat to Greece. From there he travelled until he arrived in Brussels, where he applied for asylum in November 2015.

I met him on October 20, 2016, only two months before he would turn 18 years old, as his birthday is on January 1st. In Belgium, unaccompanied minors can ask for a family reunification until they turn 18 years old. Once someone is 18 or older, a family reunification is no longer possible. So we had a lot of pressure, because there was not much time left. Luckily, I could fix an appointment at the Belgian embassy in Beirut, Lebanon on the December 23, 2016. Two days later, all the appointments before the January 1, 2017 deadline were already reserved.

His family was still in Deir-ez-Zor, Syria. In that period, ISIS was prohibiting people from leaving the city. The family had to pay 6000 euros (about $7500) to a smuggler to get them out of the city. Yones, Hamza’s 16-year-old brother, attempted on his own but was caught by ISIS and put in prison on December 4th. We were very worried that he would not be released before the day of the appointment at the Belgian embassy. Luckily, on December 13th, I received the news that Yones was again with his family and that they all succeeded in the attempt to leave the city. It had been very dangerous, but it ended well. Now they had to travel via Aleppo to Damascus, which was a big detour, but it was the only possible way to get to Beirut. In Damascus, his mother had to collect all the Syrian documents needed for their application. This was very difficult and expensive because they were originally from Deir-Ez-Zor. On the 23rd of December the family went to the embassy in Beirut. Unfortunately, his mother did not have all of the required documents and the embassy would not accept their visa applications. They were sent home. I contacted the consul and miraculously, he gave them a new appointment for the 30th of December. This was our last chance… On the 28th of December, Hamza’s family tried to pass the border from Syria to Lebanon. Again, there were problems: the border control told the mother she needed another document because her husband had passed away. She had to go back to Damascus for one stamp. Eventually, on the evening of December 29th they arrived in Beirut. But they were too late to legalize all of their documents. The consul agreed to accept their files without all the Syrian documents, and at a later moment they could come back to introduce all of the legalized copies. I have never been so relieved.

On the 20th of November 2017, after they needed to give some extra documents in July, they finally received a positive response from the Belgian government. Because they were totally out of money at this point, I asked Miles4Migrants for help. Hamza wanted his family in Belgium as soon as possible, safe and far from this terrible war.  They were finally reunited in Belgium at the end of January!

After 5 years of no school, the children are very motivated to make the most of their new life in Belgium:

Ghufran, who is starting school next week, wants to become a science teacher!

Belal wants to be a businessman.

Ashraf, the little boy, who is 5, has never been to school and would love to go and play with other children.

Amona, the mom, is so happy to be safely reunited with her son in Belgium. She still has other adult children, who are still in Deir-ez-Zor, but for the moment there is no contact with them.

Amona and her children applied for asylum and are waiting for the interview in a refugee center near Hamza’s place. They see each other daily.

Out of the bottom of their heart, Hamza, his mother Amona, his sister Ghufran, his brothers Belal, Yones and Ashraf want to thank all the crew of Miles4Migrants and last but not least the lovely and kind donor who donated his miles to reunite this family. They can’t thank you enough, it was a wonderful gift!

Note: the photograph above is only of the three younger brothers. The rest of the family has requested that their photographs are not put on the internet.

Miles4Migrants is a 501(c)(3) nonprofit charity formed in September 2016. Our mission is to use donated airline miles and money to book flights to fly displaced persons separated by conflict and persecution to safe new homes.